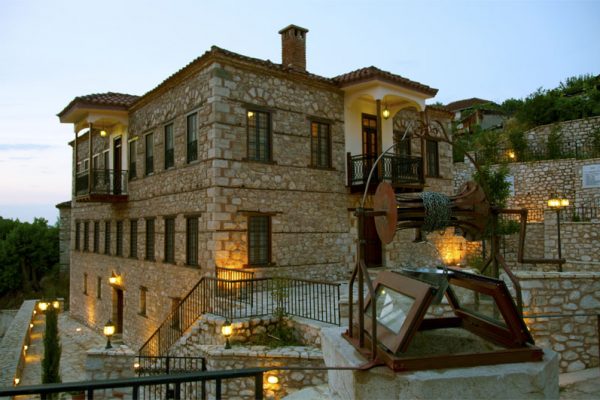 In the village of Ellinopyrgos (with the old name “Gralista”) of Karditsa, the Village where the incomparable Hero of the National Uprising of 1821 Georgios Karaiskakis grew up and became a man, the Public Benefit Cultural Foundation Syrmos Mansion (Zigra), a large building for the measures of the time (end of the 19th century), which is an excellent example of architecture of this period and a monument of Modern Civilization. Made with the primary materials offered in the village (stone, wood, iron, lime, glass), but also the taste and sense of beauty and nobility of good craftsmen and owners of nobles who lived and enriched in Alexandria, a metropolis, then still, of world culture (as the great K. Cavafy praises it: “… as it fits in that you claimed such a city…”), the Syrmon Mansion (Zigra) became an exemplary hostel. The restoration was done with respect to the physiognomy of the building and with ecological criteria both in terms of materials and lighting.

Review the dates and confirm your booking

Please fill in the log in or register forms